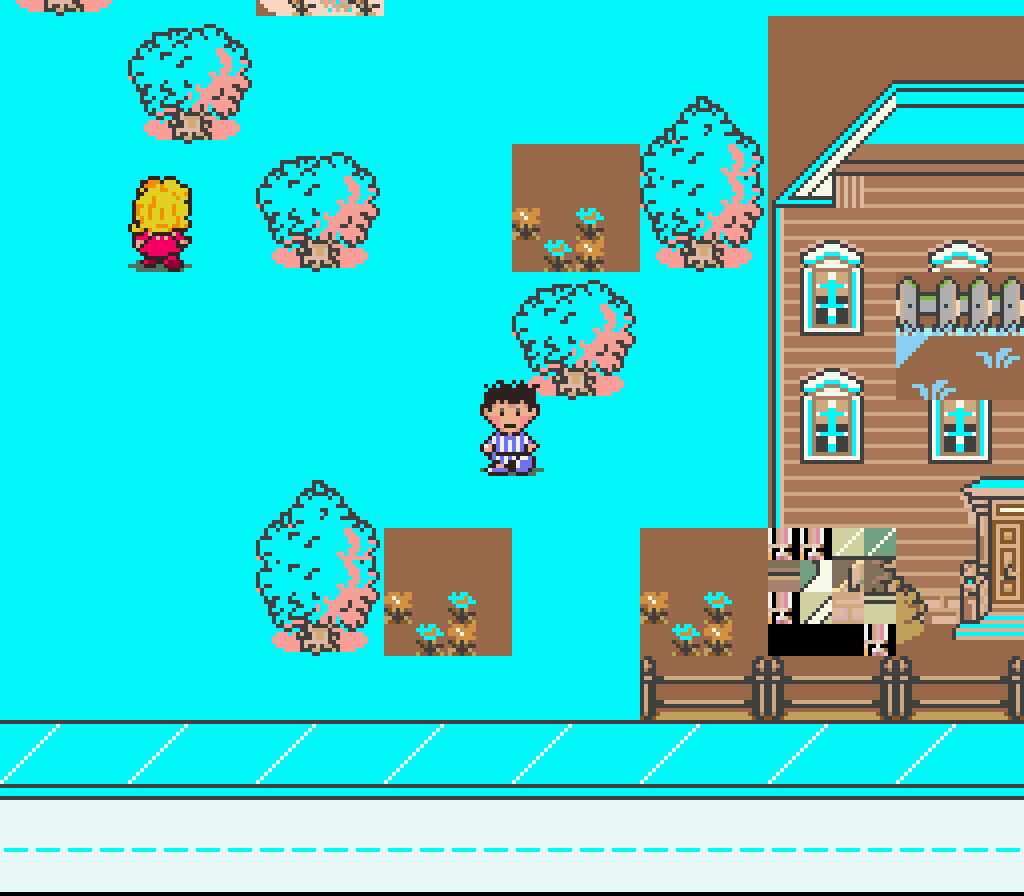 HyperBound is a game hack project that I created as part of my senior project at Ryerson University. It follows the trials and tribulations of an unnamed amnesiac, who is thrust into a world that is completely unknown to him. Using a variety of hacking tools and an old Super Nintendo game as its basis, HyperBound explores ideas associated with videogames such as non-linear narratives and spacial storytelling.

The hack’s core game-play mechanic is the use of glitches as a metaphor for the deterioration of memory, with one of the central trials of the game’s story takes place inside the protagonist’s mind.  Failing this challenge causes the game world to crumble in a videogame-like way: garbage blocks muck up the screen, dialogue becomes scrambled, and some of the hack’s content can even become completely inaccessible. HyperBound was featured in Auntie Pixelante’s book, Rise of the Video Game Zinesters. The three page write-up focuses on how the existing structure of a video game can be co-opted to create a new narrative (excerpt below):

HyperBound takes its name from “hypertext,” text that’s arranged in a nonlinear structure. (This book is a text: it’s arranged to be read from start to finish, one page to the next. A website, where you might click on a word to “link” to a page about that subject, is hypertext.)

What better model for the nonlinear exploration of text than the space of a digital game, where the player moves around the world by moving her character across the screen, encountering characters, and listening to what they have to say? That’s the part of the design of EarthBound that HyperBound has lifted. What it’s rejected is the fighting. The hack is purely about exploring the world and discovering the text, and original script written by Iantorno and his brother.

Since its completion, HyperBound has been distributed and displayed in a variety of ways. Its first public exhibition took place at the 2007 Ryerson Axis New Media Festival, where it met enthusiastic reviews from both students and faculty. Later on that year, it was granted a larger installation space at Heaslip House for the second annual Toronto Nuit Blanche Festival. During the course of the evening, hundreds of attendees stopped by to play the game on four available consoles. After its festival run, HyperBound found a second life as an online game, with tens of thousands of downloads.